LeRoy Bell is an American singer and songwriter. He and his friend Casey James played in Special Blend, and then went on to form their own duo Bell and James, also composing songs that were hits for other artists most notably two charting hit singles for Elton John. Later Bell became a member of the trio Only Friends. In 2011, Bell applied for the American The X Factor and was chosen for the Final 16 and went on to the live shows being mentored by Nicole Scherzinger. He was eliminated after the fifth live show finishing 8th overall in the inaugural season of the American The X Factor when he was in bottom three with Marcus Canty and Lakoda Rayne.

Bell and James was a duo soul group formed by LeRoy Bell (on drums and guitar) and Casey James (on guitar, bass and keyboards). They both had played for a while in the band Special Blend, before they decided to team up together as Bell and James. The duo released three albums: Bell and James (1978), Only Make Believe (1979) and In Black and White (1980), and had a number of singles, the most successful and well-known being “Livin’ It Up (Friday Night)” released on A&M Records. It reached #15 on the U.S. Hot 100.

LeRoy Bell also co-wrote many songs for others in partnership with Casey James. They were encouraged by LeRoy’s uncle Thom Bell who owned Mighty Three Music, a music production company along with Kenny Gamble and Leon Huff. The latter were a famous composing duo collaboration Gamble and Huff to whom Bell and James provided some of their composition. Their songs were recorded by a number of groups including:

Most notably, two of the LeRoy Bell songs were recorded by Elton John. One was “Mama Can’t Buy You Love” and the other “Are You Ready for Love”. The songs, a LeRoy Bell-Casey James co-composition appeared in the The Thom Bell Sessions in 1977. Elton John’s song version of “Mama Can’t Buy You Love” went to the Top 10 in the general charts and #1 the Adult/Contemporary chart and in the fall of 1979, earning Elton a Grammy Nomination for “Best Male R&B Vocal Performance”. His song “Are You Ready for Love” was even a bigger hit.

In February 1989, The Complete Thom Bell Sessions was released by MCA Records, although it had been recorded in 1977. In addition to “Mama Can’t Buy You Love” and “Are You Ready for Love”, it featured three additional songs, including “Country Love Song” also co-written by LeRoy Bell.

LeRoy Bell had a long-running cooperation with Teddy Pendergrass for whom he wrote 5 songs in three different albums:

He has also written for Phyllis Hyman. 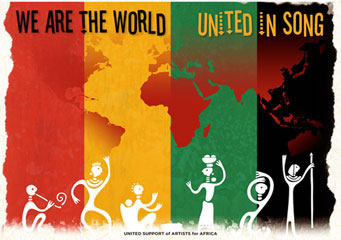 Starting in the 2000s, he worked solo and toured extensively. In the process, he released various albums including his debut solo EP Spending Time (on his own label Martez Music Group), followed by Two Sides to Every Story in 2006, A Change Is Coming in 2008 and Traces in 2010.

LeRoy Bell and His Only Friends

LeRoy Bell also formed his band Only Friends as LeRoy Bell and His Only Friends, featuring Terry Morgan on bass, Davis Martin on drums, and Daniel Walker on guitar and keyboards. All are experienced musicians. Morgan had played with Dee Daniels, Pat Wright & The Total Experience Gospel Choir, Dave Lewis, Thelma Houston and others, whereas Martin was previously a member of the band Maktub.

In 2011, he applied for the American version of The X Factor, singing the song “Lean on Me” at his audition. Becoming one of the Top 32, he performed in Judges House Bob Dylan’s “Make You Feel My Love” in front of Enrique Iglesias and mentor Nicole Scherzinger becoming one of the finalists (final 16), qualifying for the live shows in the over 30s category mentored by Scherzinger.

On November 22, 2011, he was voted Bottom three by public vote and had to sing for his life against Marcus Canty. He chose to sing The Beatles song “Don’t Let Me Down”. With the judges deadlocked at 2–2 (with mentor Nicole Scherzinger saving her act LeRoy Bell, and L.A. Reid saving his act Canty, then judge Paula Abdul voting to send Canty home and Simon Cowell voting to send Bell home to make the decision deadlocked), the organizers had to revert to public vote which revealed Bell had received the fewer votes and accordingly was eliminated after Live Show 5, finishing 8th overall in competition.